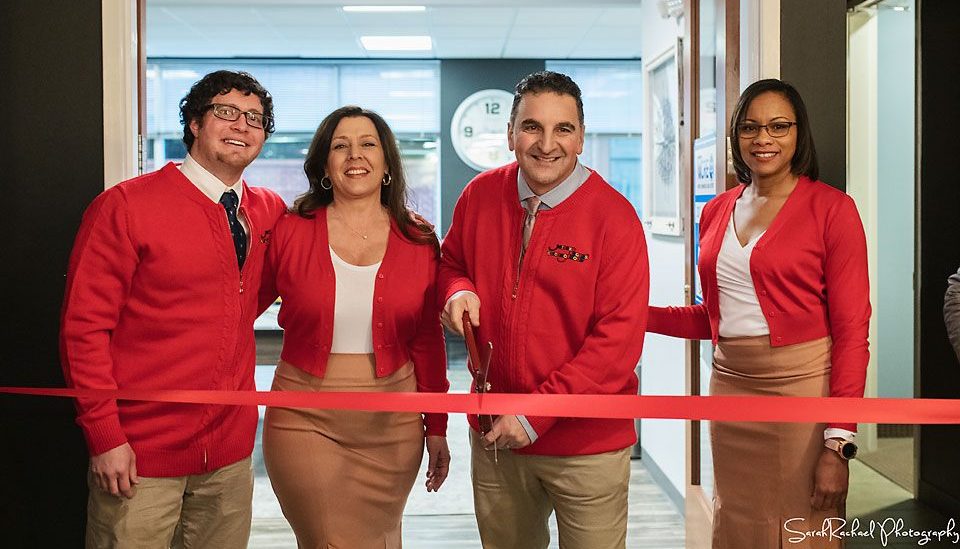 Company founder and Broker, Tony “C” also holds the title “Chief Problem Solver.” A lifelong Fredericktonian with an encyclopedic knowledge of the people and properties that comprise our county, Tony takes pride in creatively resolving problems for his clients to realize their goals.

Tony is a graduate of Mt. St. Mary’s University where he earned a double major (Economics/Spanish) and a minor (Accounting).  Since his real estate career began in the fall of 1989, Tony has consistently been recognized as an industry leader.  In 2018, he was awarded the FRED (Frederick Real Estate Dealmaker) Award for the Broker of the Year by the Frederick County Office of Economic Development.

His entrepreneurial spirit led him to acquire and redevelop the Frederick Sportsplex into the Frederick Indoor Sports Center (FISC), a now thriving 65,000 sq. ft. indoor sports, training, and events facility.  He currently lives at the River’s Edge Farm along the Monocacy River with his wife, four children and the family dog Banks.

When he is not working, Tony enjoys spending time with family in OBX or on the farm moving grass or enjoying a bonfire along the river.

Maria Boffman joined VCRE.CO (Verita Commercial Real Estate Advisors in 2016 and does everything that ensure our business operates seamlessly.

Prior to coming onboard, Maria was employed by CarMax where she was a Senior Sales Consultant and involved in consulting clients with selling, purchasing, and financing.

As the Office Manager at VCRE.CO, Maria is responsible for the administrative management of business operations. In her role, she supervises the activities performed within the office, including managing client communications, as well as overseeing the company’s marketing and accounting matters.

Maria, is a graduate of Montgomery College and a lifelong resident of Frederick County. She enjoys cooking, spending time with family, and traveling. Maria lives in Adamstown with her husband Daryl; together they have six children.

Justin Saltzman wears two hats at VCRE.CO: one as the Business Development Manager and the other as a Sales Associate. Justin generates new business development opportunities and develops, coordinates and implements plans designed to identify and capture new business connections.

He carefully prospects new developers and businesses, creates proposals and makes presentations to new business owners.  He is instrumental in negotiating strategic partnerships with new developers, as well as project managers and related agencies.

With his deep connections to the community, Justin represents VCRE.CO at networking and business events. He initiates and maintains strong and productive client relationship management strategies and tactics to ensure continuous development of other contracts, and referrals.

Justin is a life-long resident of Frederick County and graduate of Frederick Community College (2005).  He has been an active member of The Rotary Club of Frederick for five years.  He served as Sergeant at Arms (a function which he graciously served for one year).  In 2014, he was selected as one of thirty young professionals country-wide to attend a summit in Chicago.  He has represented the club in Atlanta, Myrtle Beach, High Point North Carolina, and Seoul, South Korea. In 2016, he was awarded a Paul Harris Fellow.

Justin has also served on Frederick County Chamber of Commerce’s young professionals group called Generation Connect for 5 years, and as an ambassador. Currently, he is a member of the development committee for the Community Foundation, and an ambassador for the Mental Health Association,

Justin lives in Walkersville with his wife, Autumn, and niece Mackenzie.

Marie is a high energy people person with over 25 years of sales experience. She comes to VCRE.CO with sales, advisory and great communication skills accompanied with a passion for all things realty and finance-related.

Marie’s background in Real Estate began as a Loan Officer in 2002. Over the years she has expanded her talents as a Senior Home Designer, Sales Manager, and Senior Account Executive; landing her at VCRE.CO as Marketing and Client Relations Manager in January of 2019.

Marie is a long-time Frederick County resident, married to her husband of 12 years, together they have 3 children and 2 grandchildren. Marie enjoys cooking, bike riding and fun-filled family events around a bonfire.

Stay current with the latest activities in real estate